Constantine Stanislavsky is roundly accepted as the father of modern acting theory. If you have ever studied acting, you have been exposed to at least some of Stanislavsky's ideas (whether you are aware of it or not). Stanislavsky basically created the language we use today when we talk about acting on both the stage and on camera. Terms like: objective, character motivation, actions, and through line, all are terms coined and explored by Stanislavsky. 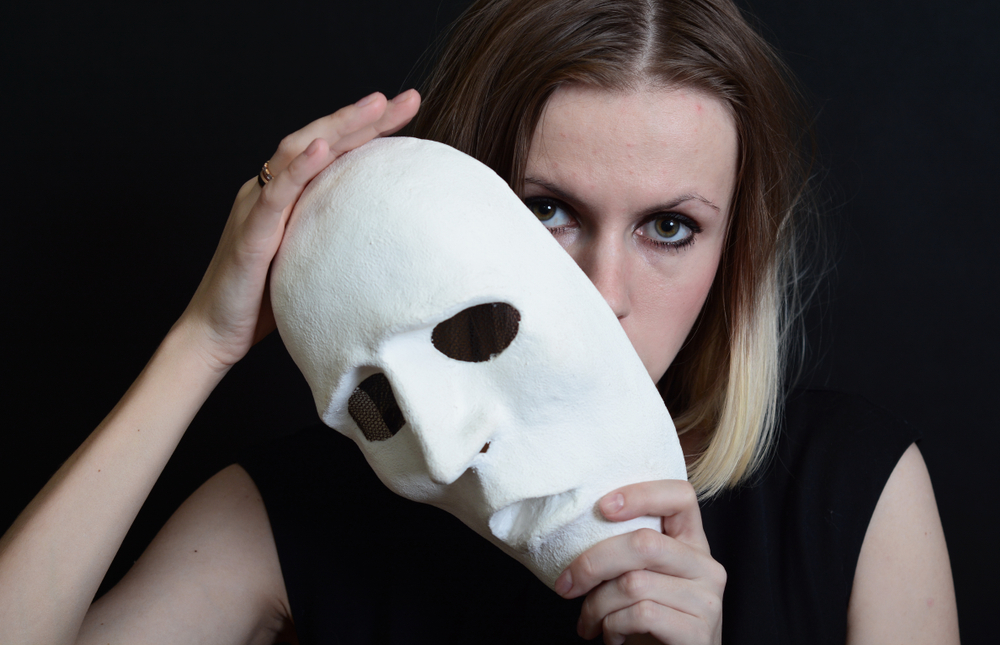 One of the most important aspects of Stanislavsky's work is that he provided a functional basis for creating realistic and psychologically believable characters. Prior to Stanislavsky's time, most acting was exaggerated and based on preordained stereotypes that we would consider way "over the top" today.

But what sort of psychology did Stanislavsky himself use when formulating his theories on acting? Many people think that he based his psychological techniques on the work of Sigmund Freud and what is called Psychoanalysis...but they would be wrong. Stanislavsky created his acting system based on understandings of psychology that were actually developed in the 1700s and 1800s. For, in fact, Stanislavsky was most influenced by the physiologically-based psychological theories of Denis Diderot (1713-1784) and Théodule Ribot (1839-1916), from whom he borrowed the term “affective memory.”

According to theatre scholar and author, Sharon Carnicke, author of the highly influential Stanislavsky in Focus (2009), Stanislavsky may have never even read Freud! Here is a quote from her book:

"While Freudian psychology took hold of the American popular imagination, Ribot gained authority in Russia. As early as 1896, Ribot had caught Russia’s interest through his monograph on Schopenhauer, the German philosopher who influenced many early twentieth century Russian artists, Later, Ribot’s espousal of physical methodologies (seen as sympathetic to Marxist materialism) made him acceptable in post-revolutionary Russia as well…

"Stanislavsky’s interest in psychology mirrored that of his native culture to some extent. He owned six of Ribot’s books, read them voraciously and filled them with marginal notes … The Russian responded to the Frenchman because they both sought to define a psychophysical continuum between mind and body. By Contrast, Stanislavsky seemed uninterested in Freud’s work. Translated into Russian in 1910, Freud was recommended to Stanislavsky in 1911, but there is no evidence that he took the suggestion. (Carnicke, Stanislavsky in Focus, Routledge,2009, p. 155) 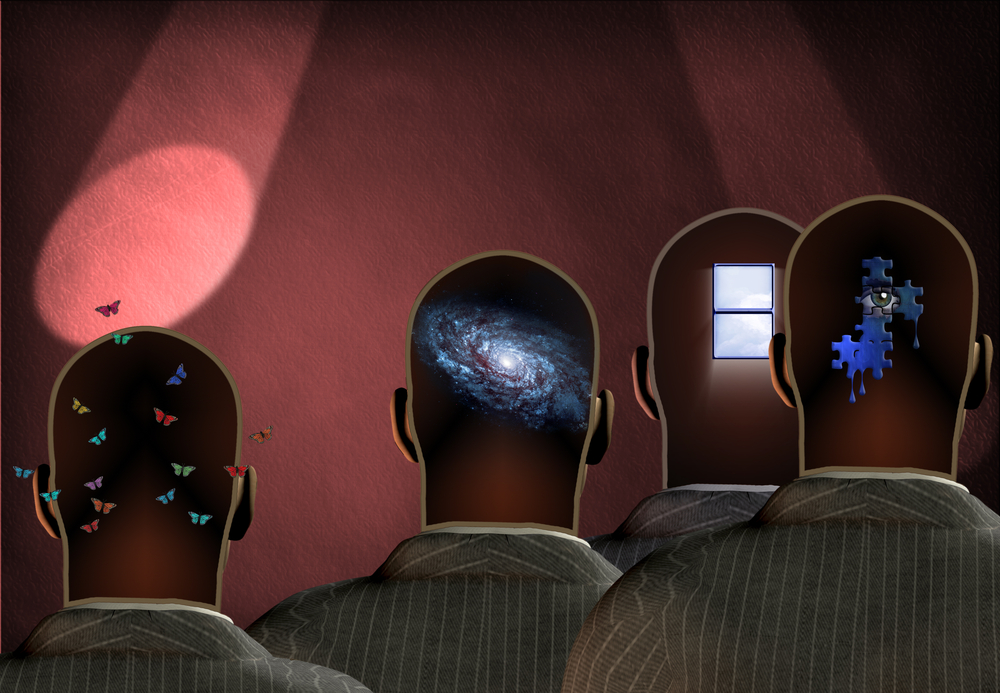 There are more contemporary views of psychology that can be applied to acting than the mechanistic ones that Stanislavsky used.

The important point to this, from my perspective, is that Stanislavsky’s theories were primarily, if not wholly, based on pre-Freudian psychological concepts. Certainly, in the history of modern actor training, Freud eventually got his say through the voices of the American method acting teachers, such Adler, Meisner, and particularly Strasberg, who adapted Stanislavsky’s earlier work by focusing it through the lens of Freud’s psychoanalytic theories.

However, the most important thing to note is that Freud himself made all of his contributions to Western psychology in the early decades of the 20th Century, and there has been an awfully lot of psychology developed since Freud’s day that has never been taken into account by actor trainers and theoreticians. And because of this failing, many forms of truly modern psychology have simply never been applied to the actor's process.

To remedy this rather startling deficiency in modern acting literature and training, I wrote a book called: Psychology for Actors: Theories and Practices for the Acting Process (Routledge, 2018). In it, I apply a number of prominent psychological theories from the 20th Century, that have rarely (and in some cases never) been applied to acting before. You can look at it like an important update to the traditional books that every actor should read to learn their craft.

If you are interested in the book, you can click the picture below to be taken directly to a purchase link on Amazon.com. If you'd like to know a little more about what's in it and why it is important to all actors to read, you can check out my blog post:https://kevinpage.com/why-psychology-is-important-to-actors/ 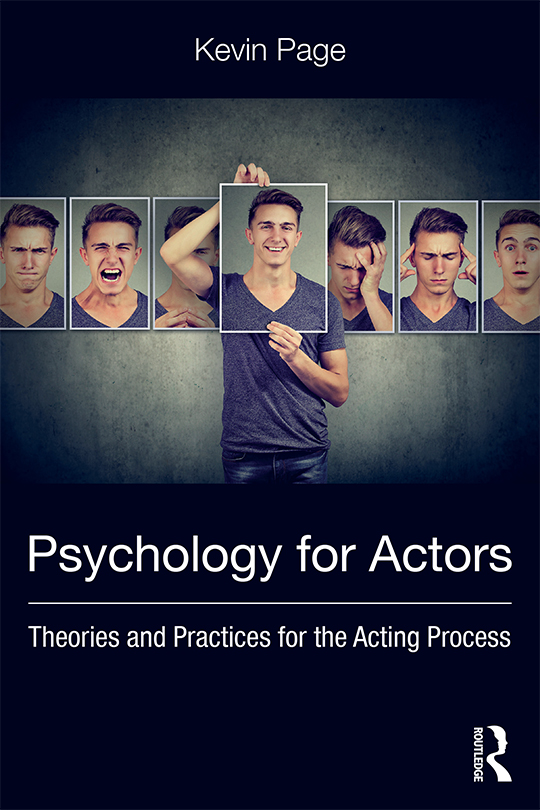 Purchase your copy of Psychology for Actors by clicking this photo.

Psychology for Actors offers to the working professional as well as the earnest and intelligent student of the actor’s craft a firm grounding across a number of very practical theories and models that can have a direct application in character building and performance. It is a compendium of ideas gathered together for actors to ponder, explore, and apply to their art, and in most cases these ideas have not been specifically articulated, at least in an overt way, in the language of the actor before.

Kevin Page is an American author, actor, and holds a master’s degree in psychology. He writes about mindfulness meditation and other healthy mind/body training techniques. As an actor he has appeared in over 70 films and TV programs and 100 commercials, voice overs, and stage plays. His books include: 150% Better Auditions, which teaches actors and other performers how to improve their craft through meditation training. Advanced Consciousness Training (A.C.T.) for Actors: Meditation Techniques for the Performing Artist, and Psychology for Actors: Theories and Practices for the Acting Process.

He can be found on several social media platforms, including: